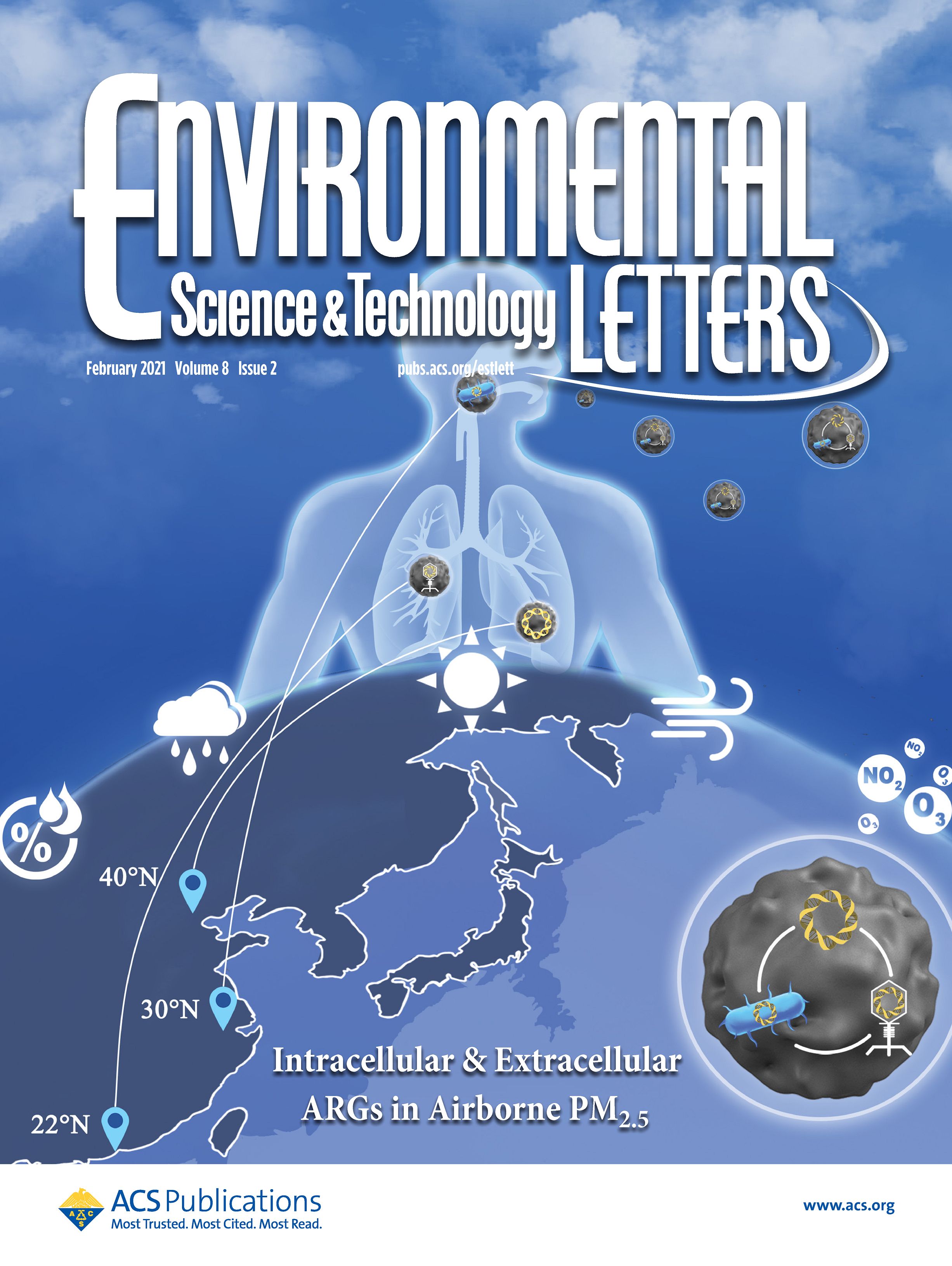 Abstract: The current research paradigm for the environmental dissemination of antibiotic resistance genes (ARGs) focuses on those harbored within bacteria (i.e., intracellular fraction). Understanding both intracellular and extracellular ARGs has particular implications for the flux and fate of ARGs that are airborne via fine particulate matter (PM2.5) from the ambient atmosphere to the human airway. In this study, we developed an operationally defined protocol for urban PM2.5 to quantify the abundance of ARGs occurring in free and phage-associated DNA, in addition to their counterparts commonly analyzed within bacterial cells. The results demonstrated that the extracellular fraction comprises a significant proportion of total ARGs in PM2.5, with subtype-specific dominance in either free or phage-associated DNA. A comparison between temperate and subtropical cities revealed geographical disparities of PM2.5-associated intracellular and extracellular ARGs due to the influences of regional meteorological factors and oxidative gases. Considering the potential for horizontal gene transfers and the efficiency of respiratory deposition, the extracellular fraction could represent >60% of the modeled inhalational intake of most of the analyzed ARGs in some cities. This study highlights the importance of the dynamics of ARGs in airborne PM2.5 and their health implications across climate zones and pollution gradients.