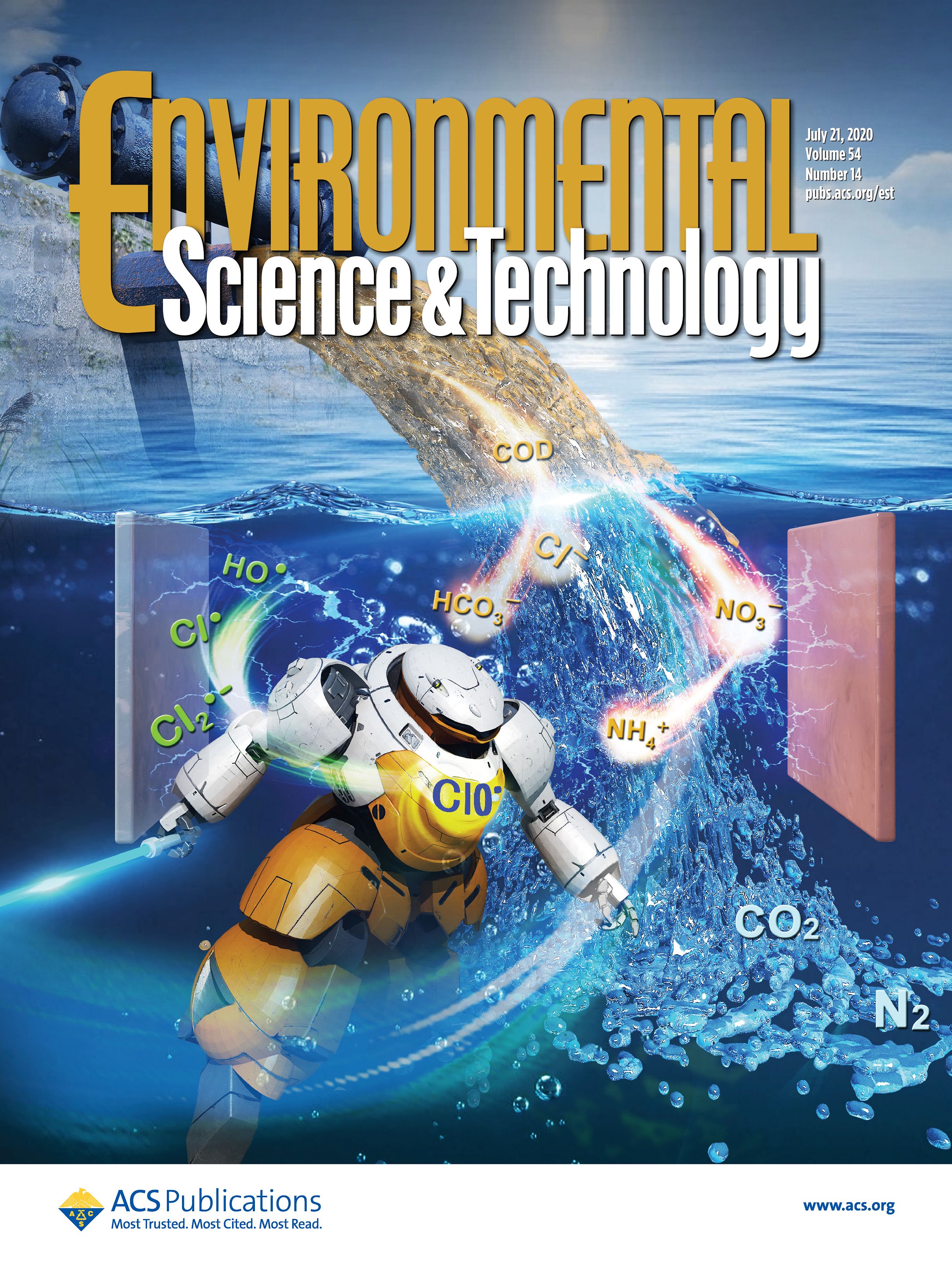 Title: Discovering the Importance of ClO• in a Coupled Electrochemical System for the Simultaneous Removal of Carbon and Nitrogen from Secondary Coking Wastewater Effluent

Abstract: Inorganic constituents in real wastewater, such as halides and carbonates/bicarbonates, may have negative effects on the performance of electrochemical systems because of their capability of quenching HO•. However, we discovered that the presence of Cl– and HCO3– in an electrochemical system is conducive to the formation of ClO•, which plays an important role in promoting the simultaneous elimination of biorefractory organics and nitrogen in secondary coking wastewater effluent. The 6-h operation of the coupled electrochemical system (an undivided electrolytic cell with a PbO2/Ti anode and a Cu/Zn cathode) at a current density of 37.5 mA cm–2 allowed the removal of 87.8% of chemical oxygen demand (COD) and 86.5% of total nitrogen. The electron paramagnetic resonance results suggested the formation of ClO• in the system, and the probe experiments confirmed the predominance of ClO•, whose steady-state concentrations (8.08 × 10–13 M) were 16.4, 26.5, and 1609.5 times those of Cl2•– (4.92 × 10–14 M), HO• (3.05 × 10–14 M), and Cl• (5.02 × 10–16 M), respectively. The rate constant of COD removal and the Faradaic efficiency of anodic oxidation obtained with Cl– and HCO3– was linearly proportional to the natural logarithm of the ClO• concentration, and the specific energy consumption was inversely correlated to it, demonstrating the crucial role of ClO• in pollutant removal.