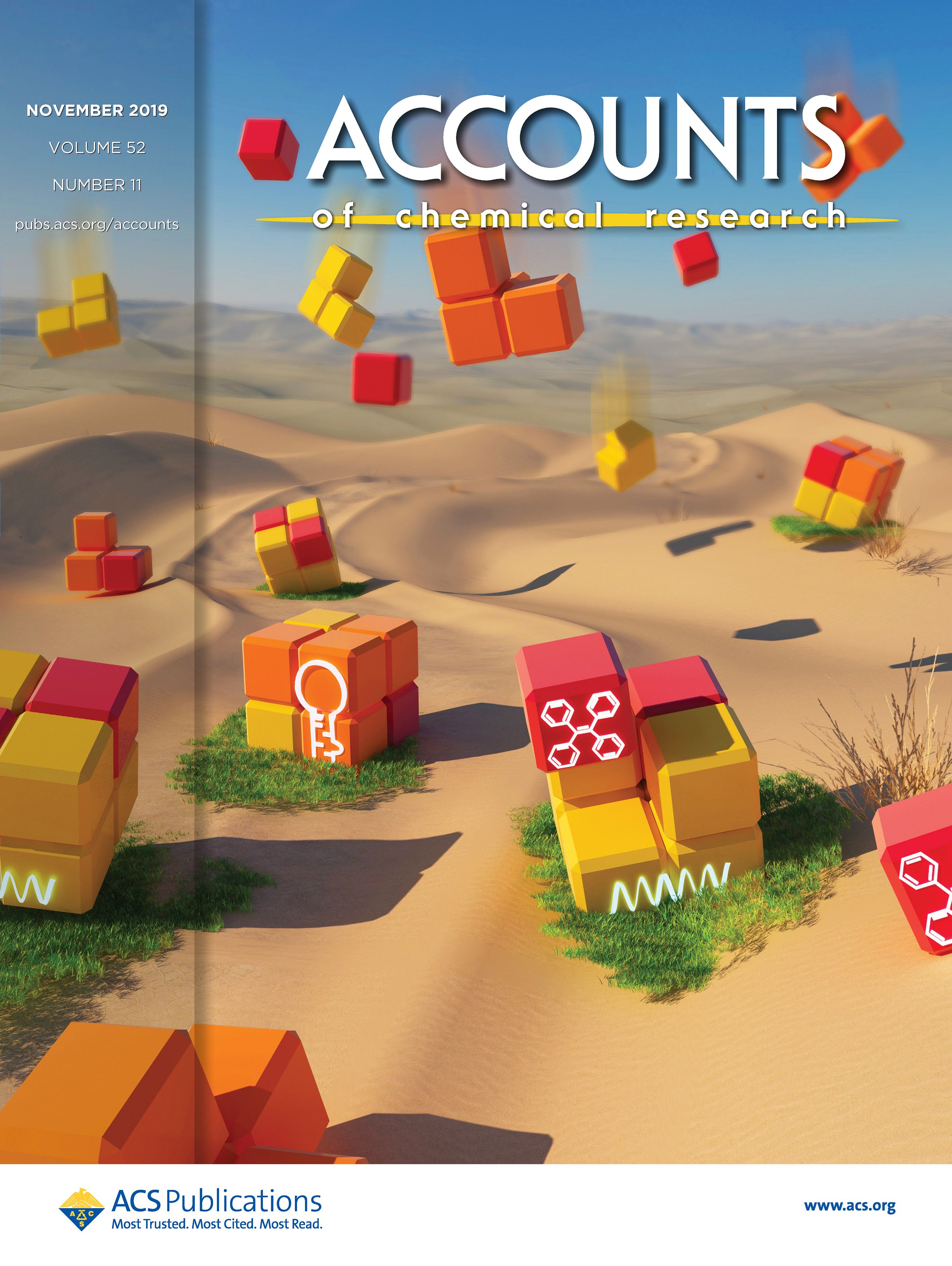 Abstract: Fluorophore probes are widely used for bioimaging in cells, tissues, and animals as well as for monitoring of multiple biological processes in complex environments. Such imaging properties allow scientists to make direct visualizations of pathological events and cellular targets. Conventional fluorescent molecules have been developed for several decades and achieved great successes, but their emissions are often weakened or quenched at high concentrations that might suffer from the aggregation-caused quenching (ACQ) effect, which reduces the efficiencies of their applications.

In contrast to the ACQ effect, aggregation-induced emission (AIE) luminogens (AIEgens) display much higher fluorescence in aggregated states and possess various advantages such as low background, long-term tracking ability, and strong resistance to photobleaching. Therefore, AIEgens are employed as unique fluorescence molecules and building blocks for biosensing applications in the fields of ions, amino acids, carbohydrates, DNAs/RNAs, peptides/proteins, cellular organelles, cancer cells, bacteria, and so on.

Quite a few of the above biosensing missions are accomplished by modular peptide-modified AIEgen probes (MPAPs) or modular DNA-modified AIEgen probes (MDAPs) because of the multiple capabilities of peptide and DNA modules, including solubility, biocompatibility, and recognition. Meanwhile, both electrostatic interactions and coupling reactions could provide efficient methods to construct different MPAPs and MDAPs, finally resulting in a large variety of biosensing probes. Those probes exhibit leading features of detecting nucleic acids or proteins and imaging mass biomolecules. For example, under modular design, peptide modules possessing versatile recognition abilities enable MPAPs to detect numerous targets, such as integrin αvβ3, aminopeptidase N, MMP-2, MPO, H2O2, and so forth; MDAP could allow the imaging of mRNA in cells and tissue chips, suggesting the diagnostic functions of MDAP in clinical samples. Modular design offers a novel strategy to generate AIEgen-based probes and expedites functional biomacromolecules research. In this vein, here we review the progress on MPAPs and MDAPs in the most recent 10 years and highlight the modular design strategy as well as their advanced biosensing applications including briefly two aspects: (1) detection and (2) imaging. By the use of MPAPs/MDAPs, multiple bioanalytes can be efficiently analyzed at low concentrations and directly visualized through high-contrast and luminous imaging. Compared with MPAPs, the quantities of MDAPs are limited because of the difficult synthesis of long-length DNA strands. In future work, multifunctional of DNA sequences are needed to explore varieties of MDAPs for diverse biosensing purposes. At the end of this Account, some deficiencies and challenges are mentioned for briging more attention to accelerate the development of AIEgen-based probes.